The Science of Wine Making 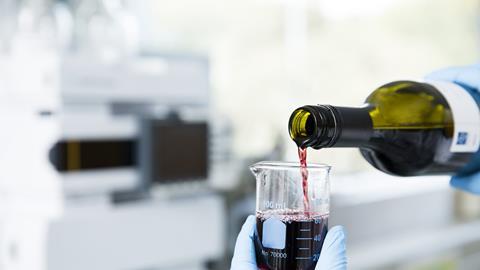 It is widely known that the term “winemaking” represents the number of operations necessary to transform the grapes of certain vines into wine.

But, since the first step of this process, not everyone is able to explain why wine is made following certain rules or the chemical/biological notions behind them.

So, let’s start with the basics: Grape must is the semi – liquid product obtained by squeezing fresh grapes with any kind of winepress.

At this point, the must (drained or not) has to go through several phases:

S. ellipsoideus secretes an enzyme known as zymase, with which, in order to feed and reproduce, breaks down the monosaccharides contained in grape, fructose and glucose, into ethyl alcohol and carbon dioxide; the latter causes the characteristic gurgling of the must.

For fermentation to begin, the yeast, which is made up of 70-80 percent water, must be in an environment that is equally rich in water; also, the temperature must be between 20 and 22 C°.

Just to give the idea, about 600 grams of alcohol and about 400 of carbon dioxide are formed from a kilogram of must.

Depending how each step is been performed, you can get as a result many kinds of wine: for example, the so-called white, rosé and red winemaking allow to obtain respectively white wines, rosé wines and red wines.

But there’s a winemaking system which is a bit different than the other ones and allows to obtain “new wines”.

It starts with the maceration in hermetically sealed tanks of grapes placed on racks or perforated boxes, under saturation of artificially added CO2.

The environment saturated with CO2 allows, through an enzymatic processes, the transformation of malic acid into lactic acid more quickly than the standard alcoholic fermentation.

Furthermore, lactic acid confers more softness than malic acid, which gives to the wine a sour and unripe flavor instead.

The CO2 under pressure favors the transition of the anthocyanins from the peel to the pulp, finally coloring the resulting must.

After a variable period of time, about 15 – 20 days, the maceration with CO2 will end and the must leaked from the grapes will accumulate on the bottom of the tank (about the 5% of weight of the grapes used); the remaining must will be extracted with the conventional methods described above, but the percolation must and the mechanical extraction must will be placed in the same container before the alcoholic fermentation.

This method allows the wine not to be enriched with tannins, which would confer astringency characteristics, but to extract anthocyanins; the latter will give to the wine the typical ruby ​​red color.