The Rise of The IPA Beer 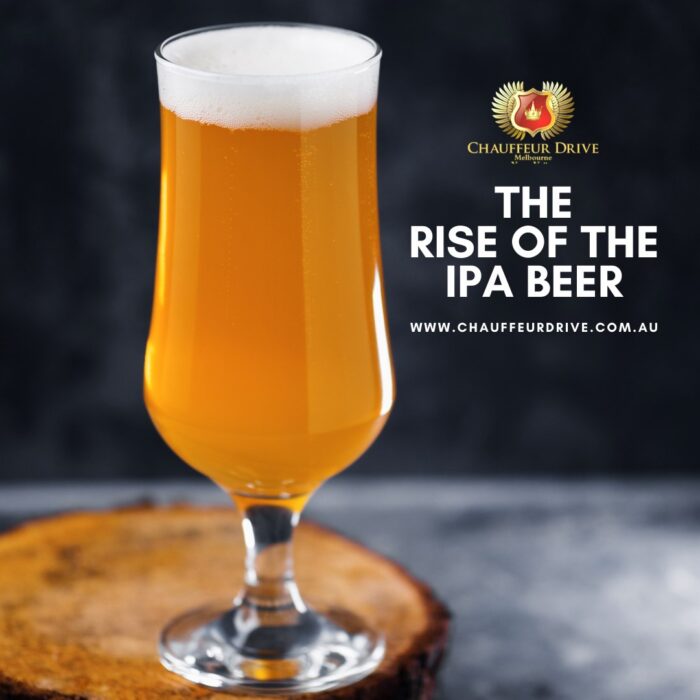 If you’ve never tried an IPA beer, get ready to be swooned! The style is popular right now and for solid reasons. It’s intense, potent and flavourful; everything commercial lagers aren’t.

Although we are a Melbourne private tour company offering Private winery tours to Yarra Valley, we’re all about craft products and we love a good beer.

Actually, the Yarra Valley is home to exciting breweries, including Coldstream Brewery, Hargreaves Brewing Company and Watts River Brewing, and they’re amazing; you should come with us and check them out. Meanwhile, here’s all you wanted to know about IPA beer and why you should try it!

What is an IPA Beer?

First things first. IPA stands for India Pale Ale. Legend says that English brewers created it around 1840 because they needed a strong brew that would withstand the long sea voyages to the Empire’s Indian colonies. The style became popular, and it’s now brewed around the world.

The IPA is an ale and not a lager, which means producers use a top-fermenting yeast to craft them — this yeast strand renders aromatic beers. On the other hand, lagers are made with bottom-fermenting yeast and offer little to no flavour or aroma.

The ale yeast plays a significant role in IPA’s intense aromas, but it’s another vital ingredient that gives the beer style its personality — hops.

What are Hops in Beer?

To withstand the boat ride, producers had to make strong beers with lots of alcohol and lots of hops, both acting as beer preservatives.

Hops are flowers from the Humulus Lupulus plant. They’re added to the boiling brew because they act as antiseptics and natural preservatives. The flowers, mostly added when dried or as pellets, also impart bitterness to beer and aromatics, ranging from guava and grapefruit to pine nuts and fresh-cut herbs.

IPA’s aromas are crowd-pleasing, but the style’s bitterness is another matter; either you love it or hate it.

What are IBU units in Beer?

Much like seeing the alcohol by volume in spirits, wine and beer; the latter will often tell you how many IBUs you can expect from that particular beer.

IBUs are International Bitterness Units. Heineken has 16 IBUs, and a Melbourne Bitter scores a respectable 28. Still, IPAs can have between 40 and 70, and a Double IPA can display whopping 120 bitterness units, which’s mordaciously bitter!

IPAs are strong, alcoholic, aromatic and bitter. They’re amped-up brews sitting at the throne of the realm of beers. Try one, you might find it too strong for your taste, but then again, you might just fall in love with the style.

What are your favourite IPAs?

At Chauffeur Drive, a Melbourne Private Tour Company offering Private winery tours to Yarra Valley, wine might be our specialty, but we can’t say no to a proper beer.

Our Private Yarra Valley Hard Liquor and Beer Tour is the best way to learn more about beer by tasting the infinite styles available, all crafted by artisan brew-masters. Yes, we’ll be trying some IPAs too!