Where Did Meteus Rosé Go? 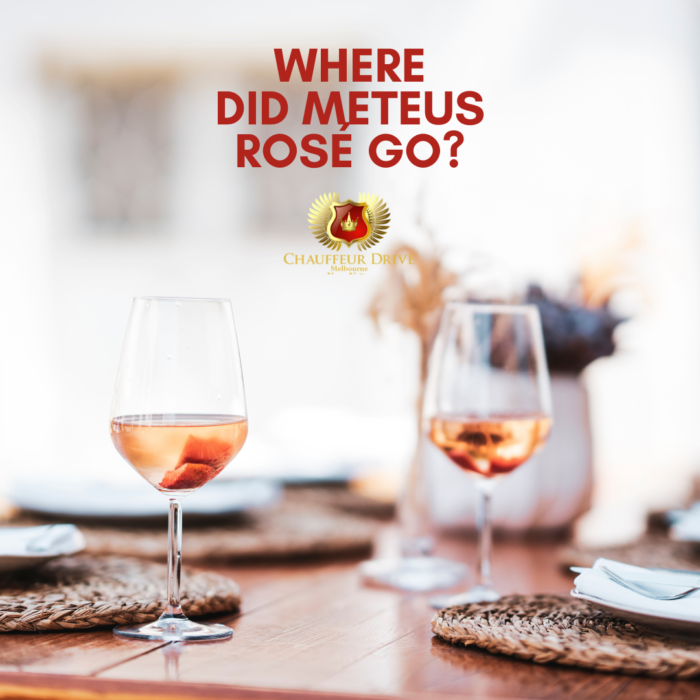 Mateus Rosé was the single most popular wine a few decades ago. It was the trendiest pink wine worldwide, but then, just like that, it disappeared as fast as it hit the mainstream.

Whether you love it or hate it, there’s no denying we all have some memories around Mateus Rosé.

It comes without saying the wine scene today is much more varied and vibrant than in the 70s and 80s. Come take a private winery tour to the Yarra Valley with us, one of our most popular Melbourne tours, and see what’s going on in the world of wine today.

But for now, let’s go back in history and see what Mateus Rosé was, and still is all about.

Portugal was once a wine powerhouse, back in the day when the country’s massive navy dominated the seven seas, and Port was the only thing the British drank; that’s when the French and the British were not talking to each other.

Once the wine trade between France and England was reestablished, Portuguese wines fell out of fashion. The development of new vineyards in the New World didn’t help either and Portuguese wine became a shadow of what it once was.

It was around this time when Sogrape, practically the only surviving winemaking company, came to be in 1942. The company’s flagship products, Lancers and Mateus, where the only wine labels that gained notoriety, and that’s how we all associated Portugal with the lovely, although not overly complicated Mateus Rosé.

By the late 70s, Mateus was a popular wine brand in 120 countries, and every celebrity was drinking it. This was a resounding success. Maybe not the wine we deserved, but certainly, the wine we needed — something nice and sweet.

Once Portugal regained some economic strength and joined the European Union, the wine industry could rise from the ashes with a myriad of wine styles — authentic contemplative wines on the par with the wine from neighboring Spain, France and the New World wine-producing countries. Wines from Port, Dao, Vinho Verde, Madeira and the Alentejo region became available worldwide, and there was no more room for Mateus.

Now That Mateus Rosé Is Not Trendy, What to Drink?

If you miss your Mateus, you might want to look for today’s trending sweet pink wines, it’s safe to say every wine region on the planet makes some. The sweet styles made with Zinfandel in California are a nice style, and for something a bit higher-end, you want to look for the French Rosé d’Anjou.