Does Thor Drink Wine? Chris Hemsworth and His Love for Wine 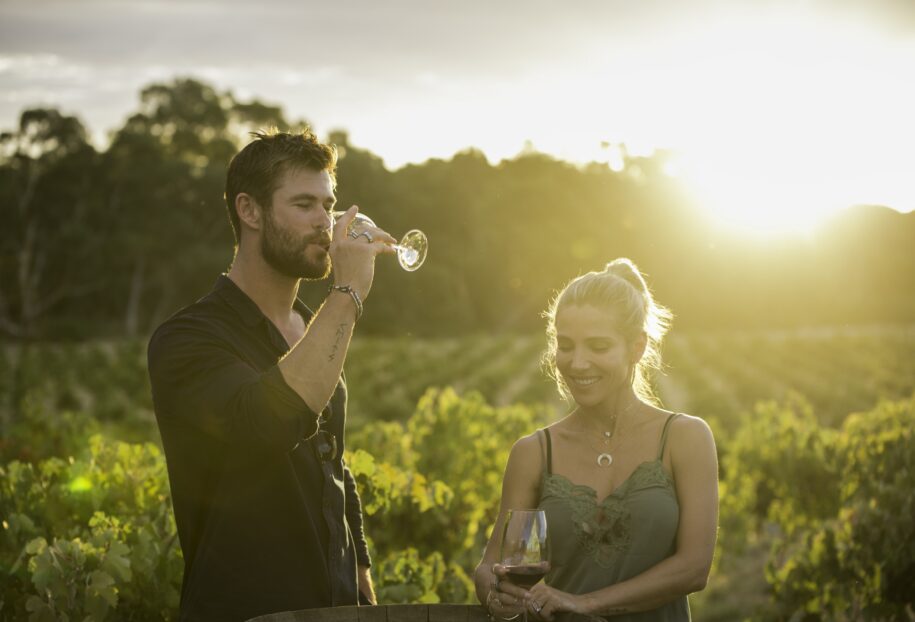 Chris Hemsworth is one of the highest-paid actors in Hollywood. Still, Melbourne’s own comes from humble beginnings. Born in 1983, Mr Hemsworth studied acting since young, and although most of his young career involved Soap Operas, he had his major break in 2009 with a role in Star Trek.

Of course, we all know Chris as Thor. After all, he has played the role since 2011 and has been part of six blockbuster Marvel movies.

The question is, is Thor into wine? He is, and here’s what you need to know.

Before we go deep into Mr Hemsworth’s role in the wine world, we invite you to play your own role in wine, being part of a private cheese and wine pairing or a premium wine and gin tasting.  A Yarra Valley pop up picnic for 2 or a private Yarra Valley with lunch tour are fantastic choices as well! And if you’re buying these experiences for someone else, we’ve got your back with a Private Tour Gift Card or Voucher.

The company and Thor made a deal, and Chris Hemsworth became an ambassador for the company’s Double Barrel premium wine range. These wines are finished in whiskey barrels to add to the wine a rich, bold expression, not dissimilar to Mr Hemsworth’s personality on the screen.

Is Chris Hemsworth Making His Own Wine?

Although a great deal of Australian celebrities eventually find their way into the wine business, as of today, Thor is not interested in winemaking. After all, the superstar is still young and is more interested in building a two-lane bowling alley and six kitchens in his $50 million Byron Bay Mansion.

Of course, like wine. People grow wiser with age. And with one of the largest fortunes amassed by an Australian actor, it’s only a matter of time until Mr Hemsworth finds his way into the noble art of winemaking.

It comes without saying, Mr Hemsworth’s mansion does come with a fantastic wine cellar. Rumours say Mr and Mrs Hemsworth are looking at another estate, though, Sydney’s Sutherland Shire, which has its own wine tasting room.

Yes, it seems Mr Hemsworth is somewhat into wine. Well, you can experience Australian wine like an A-lister. Take a private cheese and wine pairing or a premium wine and gin tasting. Enjoy a Yarra Valley pop up picnic for 2 or live like the A listers with your private Yarra Valley with lunch experience.

If you’re looking for a wine experience to gift someone special, then our Private Tour Gift Card is for you and Vouchers are for you.