Australia, And Its Bubbly Red Wine 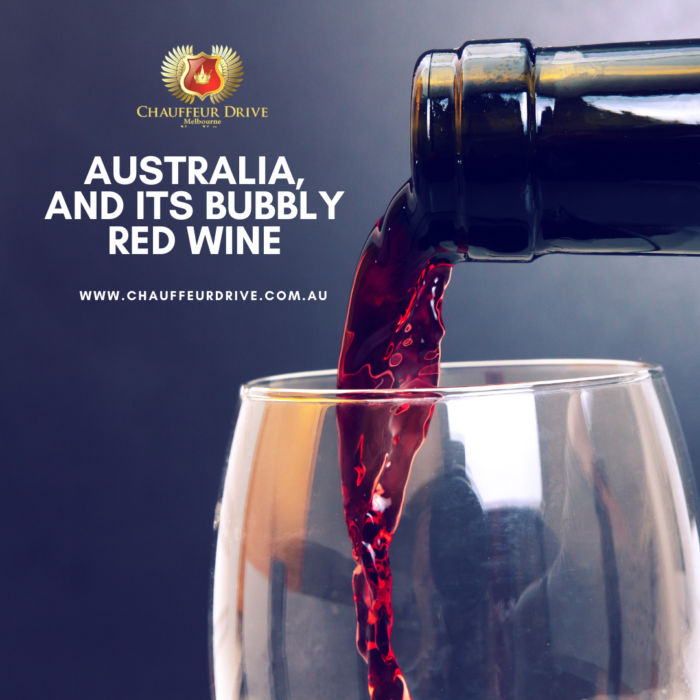 Although wine grapes arrived in Australia with the first settlers, and have European roots, it’s hard to argue that the country has created its own wine styles.

Australia makes a mean Pinot Noir, Hearty Shiraz, Elegant Chardonnay and everything in between, but so do many other countries.

There’s one Australian wine style, though, with no equal. No wine-producing country on earth makes something as special and remotely unique as the country’s sparkling red wines. So, what is the Australian Sparkling Shiraz all about? You’re about to find out.

History In The Making

Australian sparkling red wines started in 1881 when a sparkling, or ‘Champagne’ producer, called Victorian Champagne Company, began experimenting with red grapes to make pink bubbly wines. Years later, the French winemaker Edmund Mazure experimented in the Adelaide foothills to perfect the style which would evolve to become the famous Sparkling Burgundy. It would gain fame not only in the Land Down Under, but the world.

The style had its ups and downs during the 19th and 20th centuries, sometimes hitting mainstream and others getting dangerously close to oblivion until the fun style was re-baptized as Sparkling Shiraz in the 90s. The fair dinkum Aussie wine has enjoyed popularity since then. Today there over sixty producers making the fruity and spicy bubbly wine.